Woo hoo! I survived my first non-review post!! Thank you all so much for such supportive feedback! I’m excited to continue on with today’s topic so without further ado: Let’s get down to meme business!

Since it’s my first time participating in Top 5 Wednesday, I’ll break down the concept. Similar to yesterday’s post, Top 5 Wednesday (originally created by Lainey @ Ginger Reads Lainey and now led by Samantha @ Thoughts on Tomes) is a weekly meme in which a “Top 5” topic is issued to the book community on which to post. If you want to play along you can check out the topics on the group’s Goodreads page.

This week’s topic is devoted to children’s books! Personally, I love this topic and think it’s a great way to not only see some new books hitting our blogs but also how our tastes have evolved! Plus the bonds created over mutual childhood loves are stupid strong due to the nostalgia factor! Let’s see who’s getting the matching side of my friendship bracelet.

*Disclaimer: I didn’t use Harry Potter or Ella Enchanted for this, which I desperately wanted to, because I used both of them just yesterday.*

1. Holes by Louis Sachar – If you’ve never experienced the palindromic love for my homeboy, Stanely Yelnats, then do yourself a favor and pick up this book! Centered on a “cursed” child forced into Camp Green Lake, a boys’ detention center in which the “campers” are forced to — you guessed it — dig holes, it delivers a cute and clever read that was my go-to project book during my youth. 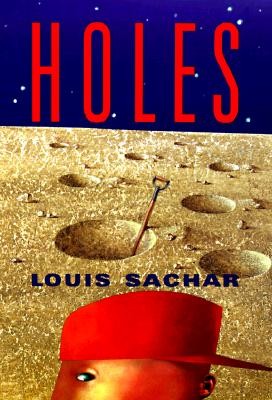 2. Heckedy Peg by Audrey Wood – This was one of my absolute favorite picture books growing up. The illustrations (as you can tell from the cover) completely elevated the folklore and kept me hooked. This story tells the tale of a mother who leaves her 7 kids behind (each named for a day of the week) to go to market vowing to return with a specialized gift for each of them. An evil witch (read: Heckedy Peg) tricks the children while their mother is away and transforms them into her supper. The mother finds the witch and is given a chance to break the spell if she can correctly guess which food is which child. It’s dark and Grimm-esque, but I simply couldn’t get enough of this as a child. 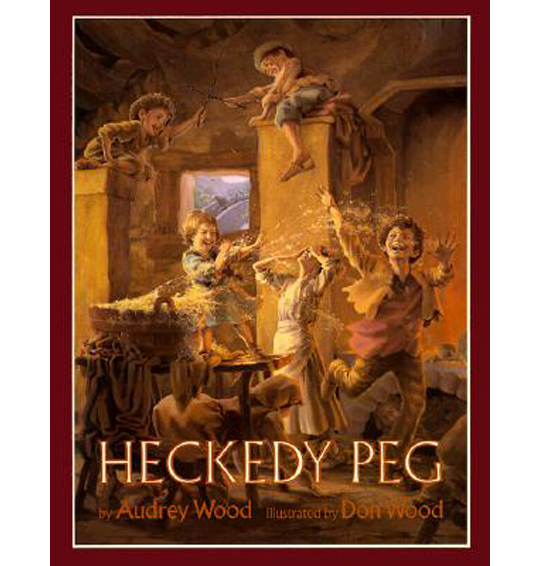 3. The Westing Game by Ellen Raskin – This might be the first “whodunnit” mystery book I ever read. The story is about 16 random heirs gathered together for the reading of Sam Westing’s will. Upon arrival, they’re sorted into seemingly random pairs and given the challenge to solve Westing’s murder via clues hidden in his will with the winning team earning his entire $200 million fortune. I haven’t read this in years so I’m not sure how transparent the clues actually were, but I remember being completely spellbound by this murder mystery.

4. The True Story of the 3 Little Pigs by Jon Scieszka – In the same “breaking down the crime” vein as The Westing Game, this picture book was a fave in my household — despite it being like 15 pages total. Telling the familiar fairy tale from the wolf’s perspective it was like a grade-school version of Wicked…or something like that. 5. Mrs. Piggle-Wiggle by Betty MacDonald — Who didn’t love the zany, pirate-widow that lived in the upside down house? No one! Because Mrs. Piggle-Wiggle was a freaking treasure. Throughout the series it was her job to help supply parents of unruly children cures for their undesirable behaviors. I know it doesn’t sound like something that would be appealing to children, but that’s the intoxicating power of Mrs. P-W.

So what were your childhood favorites? Did we share any? Remember that bracelet’s up for grabs! =D