Remember that time I didn’t post for almost a month? Yeah, me neither. 🙈

For real though, I’m sorry for the disappearing act over here. I’m going with the flow during these confusing and turbulent times, but holding it down much better over on my IG. So if you’re missing daily updates, make sure you click this link and give me a follow! 💚

I’ve planned some additional posts to go live this week, so stay tuned for more updates as to my daily shenanigans. In the meantime, scroll on down to check out this week’s edition of Mini Review Monday.

FIRST UP? LUSTER! Click the links for the full synopsis below!

This ownvoice debut was an obvious pick for my August BOTM box, and I’m so glad I was able to read this emotionally complex snippet of Edie’s life.

Spending her days in a roach-infested apartment in Bushwick, Edie is apathetic to life after only 23 years. Understimulated and underpaided by her job at a children’s imprint, she leans into promiscuous — and destructive — encounters to pass the time. She knows her life could be different, but she’s been conditioned to live in this state of indifferent paralysis. 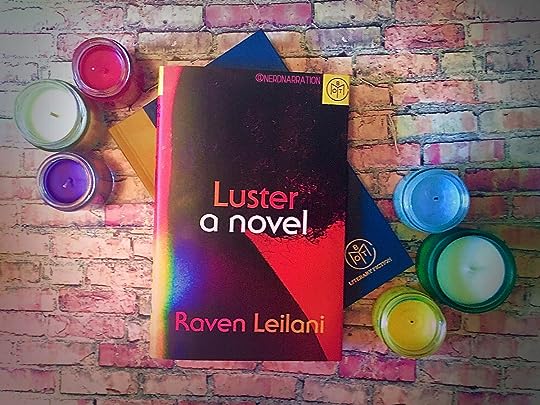 Edie begins an affair with a married man, Eric, 23 years her senior with his wife’s knowing consent. And if this book was simply about the turbulent relationship with this mediocre man, I’d say it wasn’t worth the hype. Luckily, Leilani’s MC becomes involved in the daily lives of Eric’s wife, Rebecca, and their adoptive daughter, Akila, and it’s in these relationships that this book truly delivers.

Tackling everything from overt racism and excessive police force to poverty, abuse, family dynamics, suicidal ideation & depression, this compressed chronicle of Edie’s life was near impossible to put down. I devoured Leilani’s unflinching prose in a mere two-sittings, and while I know this book won’t work for everyone, I’m certain it will spark a conversation or two.

This book is messy, chaotic, intelligent, and real. Its modern setting & story felt like nothing and everything all at the same time. I wish I had read it slower because I’m certain there was poetry lost in my speed reading.

NEXT UP? THE NIGHT SWIM! Click the links for the full synopsis below!

The Night Swim by Megan Goldin

Thanks so much to St. Martin’s Press for providing me an advanced physical copy in exchange for an honest review.

“When it comes to rape, it seems to me “if only” is used all the time. Never about the man. Nobody ever says “if only” he hadn’t raped her. It’s always about the woman. If only…”

Intrigued by the opening line, hooked by the end of chapter one, and thoroughly invested by the end of the first podcast episode (an element that truly elevated this mystery in my opinion), I quickly fell captive to the lure of The Night Swim. 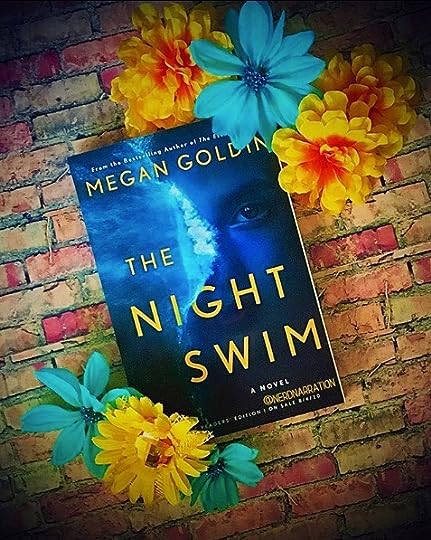 Toggling between two narrators, two timelines, and two police cases, The Night Swim tackles a multitude of heavy issues while providing thought-provoking commentary and capturing the zeitgeist of the #MeToo era.

Rachel, a famous true-crime podcast journalist, is sent to North Carolina to cover a divisive rape trial in which the accused rapist is not only the town’s wealthiest “golden boy,” but also on track to be an Olympic swimmer. (Zeitgeisty af, am I right?)

Our other narrator, Hannah, is determined to recruit Rachel into helping her solve her sister’s 25-year-old murder that took place in the same small town. Although her sister’s death was deemed an accident all those years ago, Hannah is finally ready to share the truth that will change everyone’s understanding of the events that led to her sister’s untimely death.

With accurate and addictive podcast episodes, intense and emotional courtroom scenes, and two mysteries on the verge of being solved, this addictive story kept me glued to its pages until the verdict was read.

Covering everything from the injustices in the legal system (and how wealth often plays the biggest role), rape culture, bullying, depression, and suicide, The Night Swim is not an easy read. It’s depictions are detailed and graphic, but never for shock value. It’s a hard-hitting story and one that if you’re capable of handling, I’d highly recommend.

And with two August releases, we wrap another Mini Review Monday post. Have you had a chance to read either of these emotional novels yet? Are either of them on your radar? Let me know below!